We’re really proud to be based in an area with such a glorious textile heritage. Woollen cloth has thought to have been woven here in the Colne Valley for over one thousand years.  What makes this the perfect place for wool production and how has the industry developed?  We thought we’d run a series of posts explaining this rich story.

We start with the geography, climate, and geology of the local landscape. This is all described beautifully in a book from the 1940’s, entitled ‘Colne Valley Cloth’, by Phyllis Bentley and illustrated by Harold Blackburn. This wonderful book tells the story better than we ever could, so we’d like to share a few edited extracts: 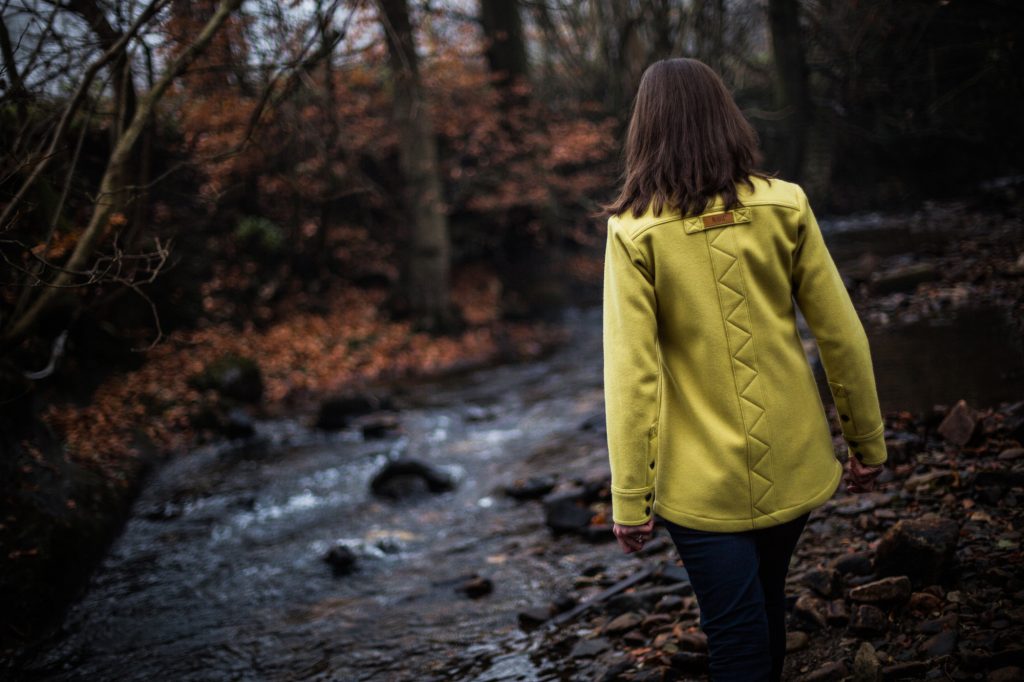 “How did it happen that this particular district of England, became the centre of the cloth trade? It is a small stretch of country, tucked away in the hills, not very conveniently situated as regards to ports and railways; how did it achieve a world-wide reputation? Its greatness is chiefly due to its geography and its climate.” 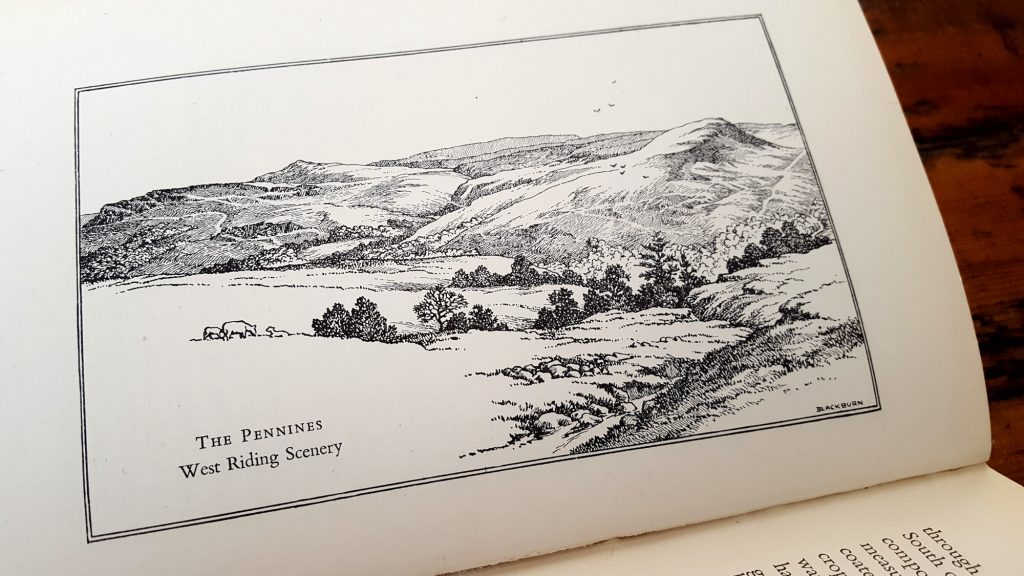 “Rolling down the middle of England, from the Lake District in the north to the Peak in Derbyshire, runs a range of interlocking spurs of hills called the Pennine Chain – the backbone of England, as we who live amongst these hills like to think of them. The geology of these hills varies. In the north of Yorkshire they are composed of white limestone, on which grows short sweet grass, very green, very good for eating by long-woolled sheep. But there are few springs, few streams, on limestone rock, and the limestone water is harsh to fibres.” 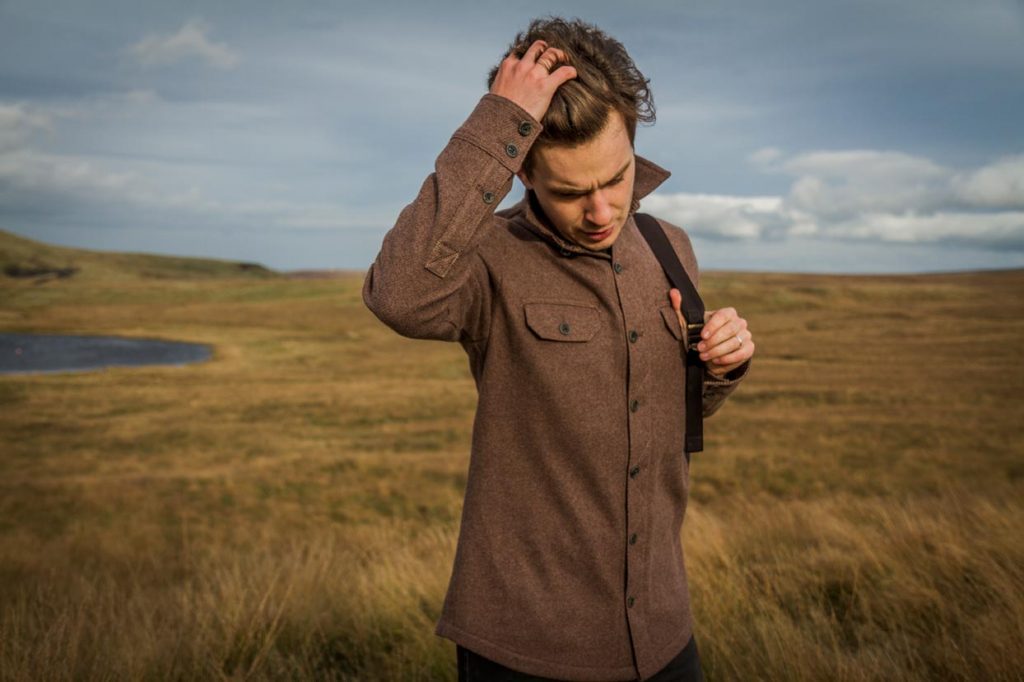 “Below these limestone hills comes a sudden break in the Chain, the Aire gap, through which the River Aire flows, just below Skipton. South of that gap there is no more limestone; the hills are composed of rock called millstone grit, with a fringe coal measure. Now this hard, dark, millstone grit, which is often coated with peat or clay, does not grow rich grass or good crops nor pasture. This coal and grit country however is rich in springs and streams so here the hillsides are seamed by countless deep and narrow valleys each with a tumbling thread of water.” 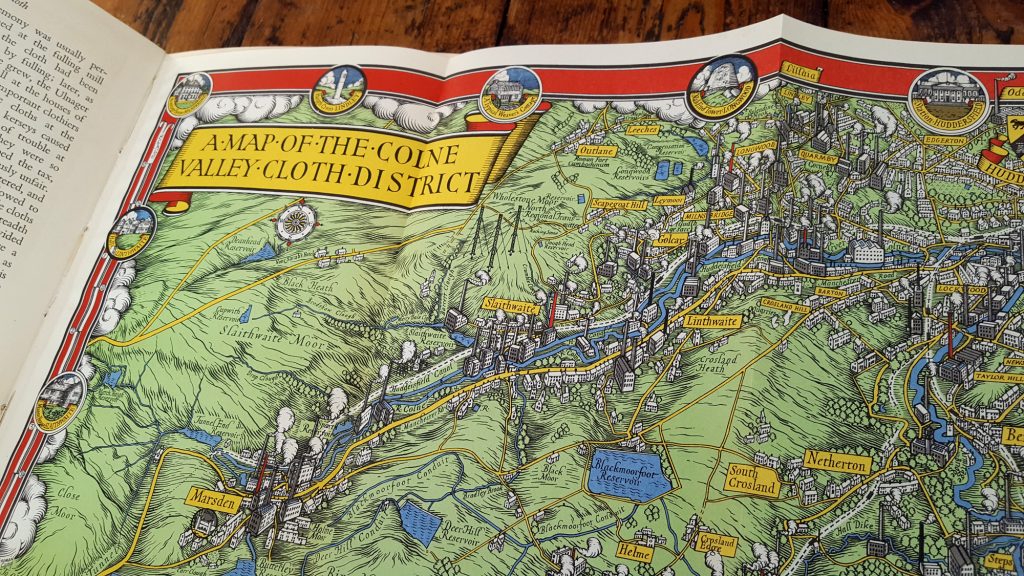 “Rough, sweeping, interlocking hills, crowned with dark rocks and purple heather, with many cold, rocky little ‘becks’, as Yorkshire folk call streams, rushing swiftly down from the moorland through the fields to the little river in the steep, wooded, winding valley below – that is the scenery of the West Riding. You are scarcely ever out of sound of falling water. This water contains no lime, it is soft and kind to fibres. The great winds which sweep across the Atlantic, moisture-laden strike the Pennine Hills and dissolve into abundant rain. (or snow!).” 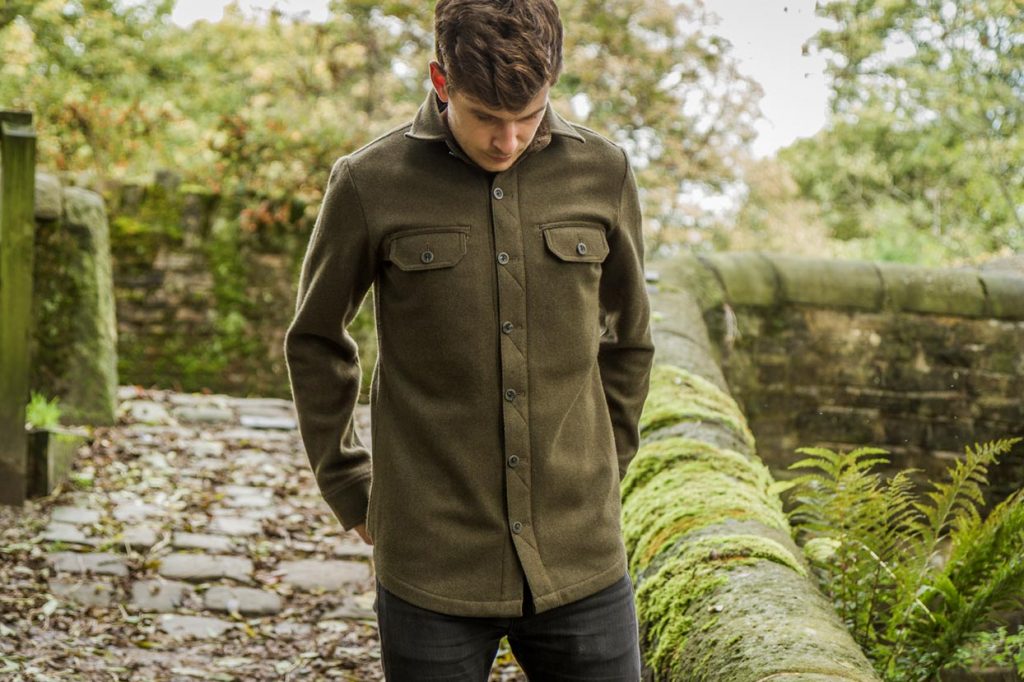 “Wool, then, and soft water – those two prime necessities of the cloth trade – were plentiful in the West Riding of Yorkshire.” 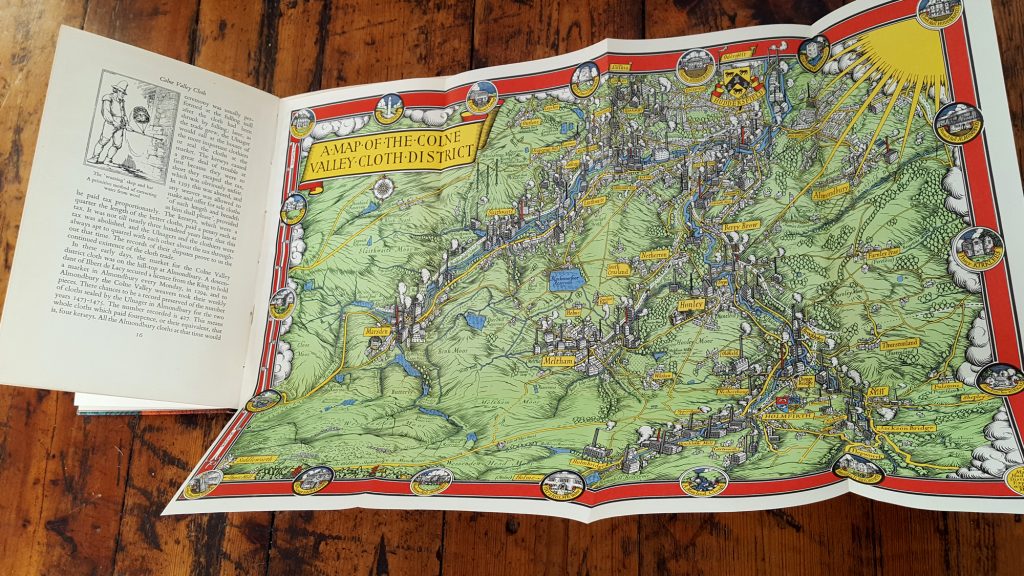 It was economic necessity which led the dwellers of the Colne Valley to make their cloth since the landscape didn’t provide much of a living from farming. Around the time of the Norman conquest, fulling of cloth was commonplace by the local people. It is this process of fulling or milling a cloth which is so intrinsic to our McNair shirts. Fulling involves the pounding of the woollen material until the fibres of the wool hook closely into each other and it becomes thickened, felted and of sufficient substance. Initially this was done by trampling underfoot and later by big wooden hammers.  Today this same process is done by using what can only be described as big wooden paddles, a bit of natural soap and good old Yorkshire water by what is now the finest wool finisher in the world – WT Johnson & Sons based in Huddersfield.  This is just one of many processes to create our special and somewhat luxurious McNair fabric. 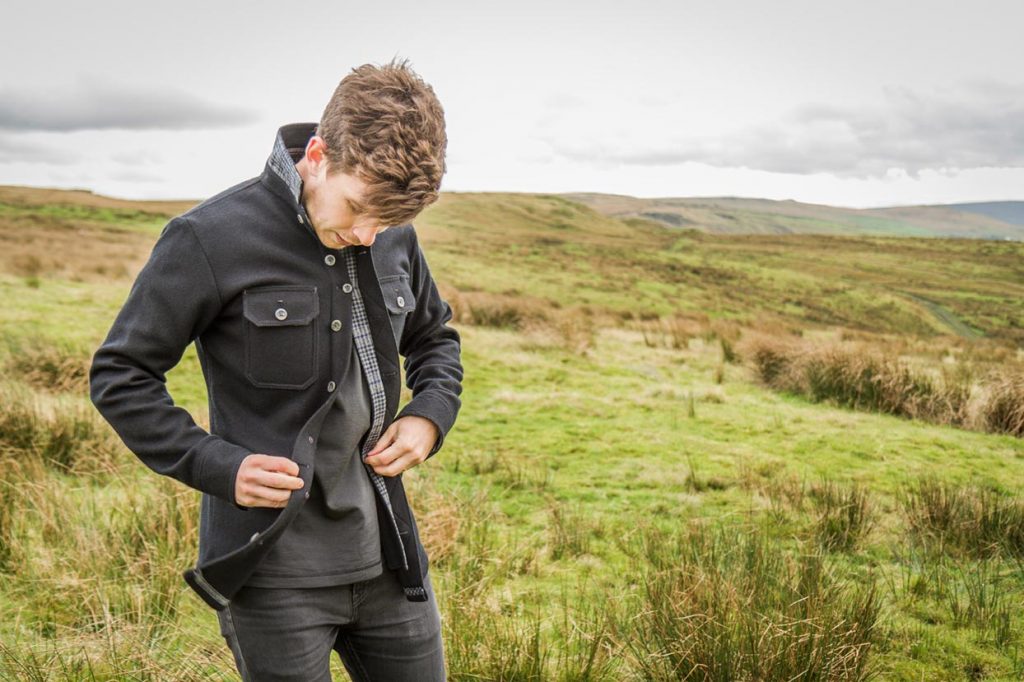