When a shirt button came loose on a tester’s shirt three years ago we wanted to know what we could do about it. Small things make a big difference when you’re trying to make the best mountain shirt in the world.

As has so often been the case we didn’t have to look beyond Yorkshire to find world class skills to solve the problem. There’s a company called MMS in Guiseley, just twenty miles away. That’s where we met a very clever and very unassuming man called Mason, an inventor and industrial designer.

We learned that as ‘make do and mend’ became a thing of the past, most of us lost the will or ability to sew a button back on and high quality shirts were being returned all over the world because of buttons falling off.

Twenty years ago, Mason who was already well-known in the world of attaching buttons was approached by a Swiss thread maker who with a chemist had developed a type of rubber thread that could be melted over a conventional thread to keep it in place. At that time a Victorian method called frapping was still being used. This essentially meant wrapping some thread around the shank and then sewing it through the shank a few times. Although this had become automated in the 80’s it was still far from perfect.

Mason then developed the machine to wrap and melt this elasticated thread around the shank of the button. It’s called Thermo Fusion Wrapping. It takes around a second and means your McNair buttons will never fall off. Mason’s Wrapping Machines are a brilliant invention made in Yorkshire that sell all over the world. Hmmm, that sounds familiar. 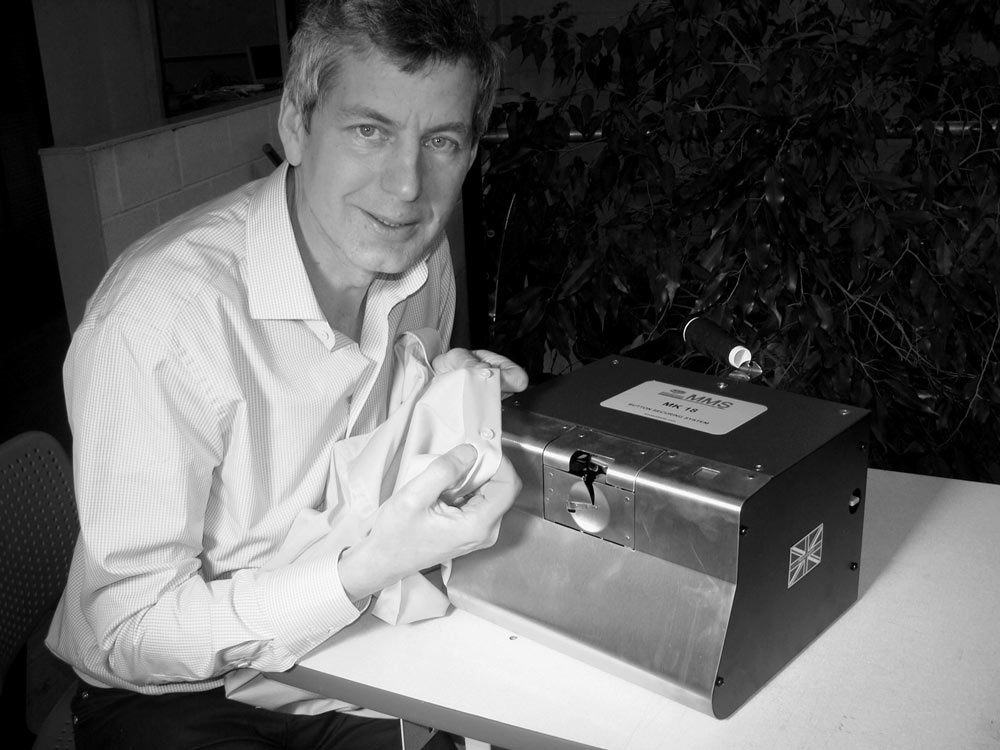 Newsletter Sign-up
Enter your name and email to receive our newsletter.
(Don't worry, we don't send them too often)