With a slow start to the winter season and following recent weeks of heavy snowfall, snowpacks across Europe can be unstable and prone to lethal avalanches. Whilst you should never head into the backcountry without full backcountry equipment and a qualified local professional, we’re of the belief that avalanche safety starts with understanding snowpacks and preventing avalanches before they occur.

Experts will make extensive measurements and observations when assessing the likelihood of a slope avalanching, but there is a large proportion of skiers/snowboarders that will happily venture off-piste without any or little knowledge, putting themselves and others at unnecessary risk.

Whilst reading snowpacks based on conditions alone is by no means enough evidence to make an informed decision when heading off-piste, it can tell us basic information on when it’s just not worth the risk. Safety is always the number one objective when accessing snowpacks, and looking at the structure and stability should be a priority when thinking about those fresh tracks.

We chat with Neil McNair, backcountry legend, coach and owner of McNair Snowsports, about what to look for. 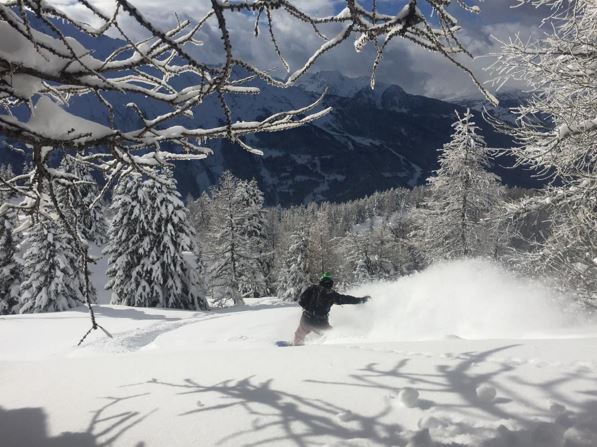 One of the biggest misconceptions of snow stability is only needing to look at fresh snow, when the weather between snowfall events can also affect the snowpack immensely. For this reason it’s useful to review your local avalanche forecast frequently between trips. The three main factors to check for when looking at stability are; new precipitation, wind and heat exchange at the snowpack surface.

Terrain plays a huge part in the stability of snowpacks and major things to factor in are the slope altitude, aspect and incline.

In addition to these observations, digging a snow pit and searching for weak layers of snow (as previously discussed) is a good way of assessing risk. Avalanches will most likely occur when a layer of heavier snow settles on a weak layer; if the weak layer is disturbed the top will loosen and slide downhill, so ensure you check previous conditions as well as current ones.

Remember, this guide is by no means comprehensive and every mountain is different. Ensure you are fully equipped with avalanche awareness, backcountry equipment and a qualified professional before venturing out!

Albedo: the proportion of light or radiation that is reflected by a surface.

Cornice: an overhanging mass of hardened snow at the edge of a mountain precipice.

Aspect: aspect is the compass direction that a slope faces.